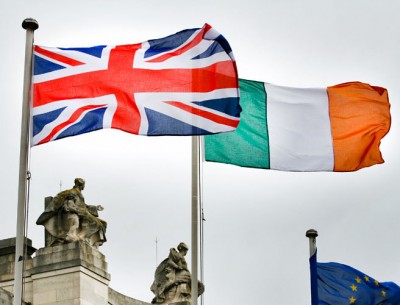 une 23rd the United Kingdom (“UK”) voted to leave the European Union (“EU”). The UK is one of Ireland’s key trading partners and Brexit will have major implications for businesses and individuals alike. It is crucial that everyone is aware of the potential short and long term consequences as a result of the UK’s uncertain relationship with the EU over the coming months, or possibly years. Here we look at some of the potential implications for Ireland and Irish businesses.

Brexit could significantly reduce bilateral trade flows between Ireland and the UK. What is more, the exit vote has had a tremendous impact on Sterling, making Ireland’s exports to the UK more expensive. However, imports will be cheaper. Ireland is one of the UK’s largest export market and more goods are imported into Ireland from the UK than from the rest of the EU combined.

When the UK exit is completed, the UK will no longer be a part of the EU’s Customs Union. From that date, all imports from the UK will be subject to customs duty which may make the UK a more expensive import market over other EU countries. It is possible however that the UK & the EU may reach an agreement to allow the UK customs free access to EU markets similar to EU agreements with other non-EU countries such as Turkey. It is also possible that a Brexit will be an end to a zero-rate of VAT on sales and purchases between the UK and Ireland. This may result in cash flow disadvantages for Irish companies.

With the UK leaving the EU, there will be negative effects related to Foreign Direct Investment due to the reduced access to the EU Single Market. This is an area where Ireland could greatly benefit as a strategic gateway to the EU Single Market due to its close proximity to the UK and also due to the fact that Ireland is an English speaking nation. However, certain Irish businesses could be negatively impacted. If the UK market is a primary market for them, certain Irish business could be faced with the inevitability of relocating to the UK.

Brexit has significantly impacted several areas of the UK’s relationship with Ireland, especially when it comes to trade, FDI and migration. However, there are certain areas which Ireland could greatly benefit from. Ireland now presents itself as an attractive alternative for companies seeking to establish/maintain business in the EU. Here are some reasons why companies should choose Ireland as an EU base for their operations:

The impact and repercussions of Brexit are still unknown as is the extent of the eventual relationship which the United Kingdom will have with the EU when the exit from the EU is official. This will likely take a number of years to finalise. The UK may remain a member of the European Economic Area which would lessen the impact on its trade with Ireland and the rest of the EU.

The short term effect of Brexit is primarily being felt in the currency and stock markets. The effects on businesses in the longer term is less clear and will not be known for some time.

The staff at Ormsby & Rhodes are on hand to answer any questions you may have on the current or potential effects of Brexit and are currently monitoring the situation in the EU for any developments. Please do not hesitate to contact our dedicated team with any questions. Click here to contact us today.