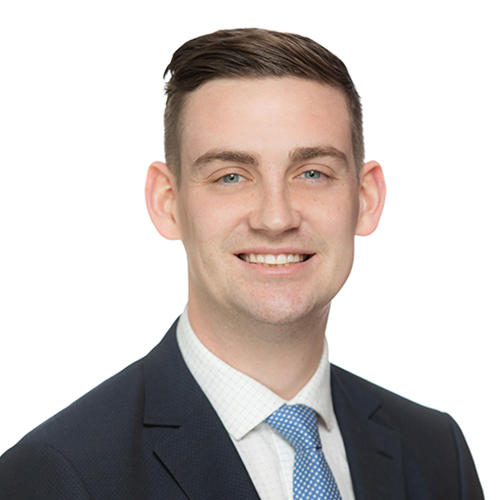 After graduating from Maynooth University in 2013, with a Bachelor of Business Studies Honours degree in Business and Accounting, Brian joined Ormsby & Rhodes as part of the graduate trainee programme and began his training as a Chartered Accountant. Brian received membership to the Institute of Chartered Accountants in April 2017 and was appointed Audit Manager in January 2019, Brian was subsequently appointed as an Associate in January 2022. Brian has a shared responsibility for managing the daily operation of the firm’s audit department and manages a portfolio of clients ranging from large international groups of companies to various sized indigenous owner-managed businesses in sectors such as technology, manufacturing, sustainable green manufacturing, tourism and hospitality, property and not for profit. Brian’s prime business interests are in audit compliance, corporate advisory and business expansion and during his time with Ormsby and Rhodes, he has directly managed the audit of
several large groups, been involved in several due diligence and worked on corporate restructures and company valuations.
Brian has a keen interest in all regulatory changes occurring within the profession and assists in keeping staff up on technical issues and regulatory changes. In his spare time, Brian is a follower of Gaelic football and hurling and an avid golfer.